Change I Can Believe In? Stop Smoking, Mr. President-Elect! 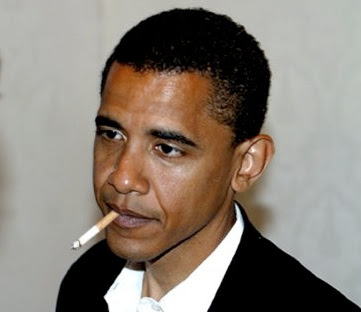 Each year, 390,000 Americans die from the effects of smoking, according to the American Red Cross.

“I challenge our next President to set an example for the American people,” said Wheeler, a certified member of the National Guild of Hypnotists. “I think he should take a stand, be a true leader and say to every smoker in America that ‘Yes, we can’ become smoke-free.”

January 4th is the day when hypnosis professionals in more than 20 countries around the world promote the benefits of hypnotism. At this year’s seminar in Atlanta, the biggest free stop smoking event in Georgia’s history, anyone – even Mr. Obama – can learn to become smoke-free.

“Many thousands of people have used hypnosis to quit, including some well-known celebrities like Ellen Degeneres and Matt Damon,” Wheeler explained, “it only makes sense that Mr. Obama would use a proven method that would allow him to serve as a role model for the entire country.”

Wheeler is well aware of the implications of such a powerful figure using something as commonly misunderstood as hypnosis.

“Some people might worry I’d try to make him a Republican,” Wheeler laughed, “but hypnosis doesn’t work like that. If it did, I’d try to persuade him to change his mind about the Bailout Bill.”

The free event will take place in the Cabernet Room of the Doubletree Hotel on Windy Hill Rd from 4:00pm to 6:00pm on Sunday, January 4th, 2009. Information on how to register for the event is available at www.purehypnosis.com/worldhypnotismday.

Sean Wheeler is available for media interviews at 678-488-7362. Members of the press can find more information online at http://www.purehypnosis.com.

Sean Wheeler is a Board Certified Hypnotist with the National Guild of Hypnotists and the founder of Pure Hypnosis, LLC. He is the author of The Stop Smoking Solution – Atlanta’s premiere Smoking Cessation blog, and his articles have been published all over the web. Additionally, Sean Wheeler has appeared on CNN, CNN Headline News and TBS. He has performed as master of ceremonies, entertainer and speaker at venues including Atlanta’s Fox Theatre, as well as for academic and scientific organizations throughout Georgia and the Southeast.

How I Became a Hypnotherapist